The role of cinematography has changed in the era of virtual effects. In this series, we will explore the creative ways in which cinematographic choices—choices about the camera’s movement, placement, distance, angle and framing of action—help to ‘give life’ to creatures that never existed in reality.

The mobile frame, or a continuous series of images shot by a moving camera, plays a very important role in virtual effects films: the movement of the camera ‘animates’ the ‘fake’ CGI creatures we are looking at. In this series, we will examine different aspects of camera movement, including:

The ‘tilt’: when the camera lens moves up/down along a vertical axis, while the camera itself remains stationary.

The ‘pan’: when the camera lens moves left/right along a horizontal axis, while the camera itself remains stationary. 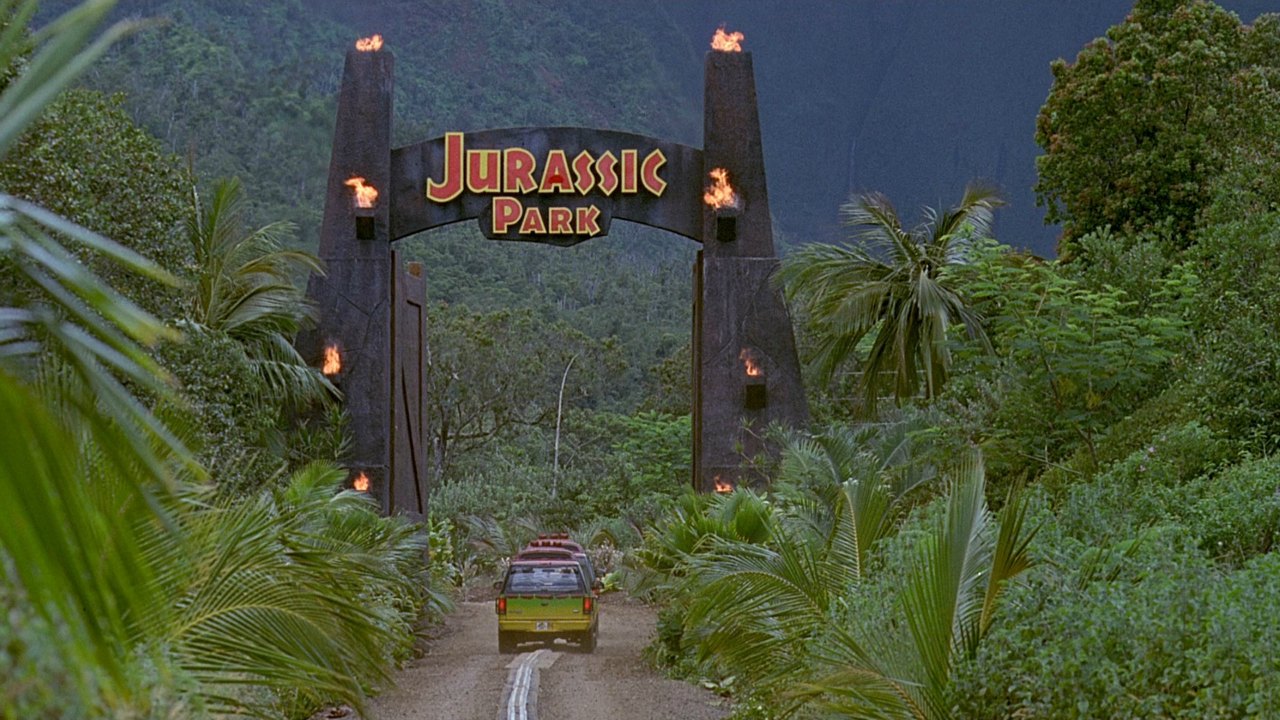 Dinosaurs walk the earth once again in Steven Spielberg’s blockbuster Jurassic Park (1993). In the film, the DNA of long extinct creatures is used to bring them back to life. I was 8 or 9 years old when I went with my parents to a movie theater in Delhi to watch the film. I don’t think I understood the science in the film or much of its plot, but I remember the first time a dinosaur walked on to the screen.

Today, let’s have a look at that very famous moment: the first time we see a dinosaur walk across the screen in Jurassic Park. This was a big deal! It was the first time in history movie audiences would see a fully computer-generated dinosaur moving. While visual effects designers ‘created’ the dinosaur, it was the film’s cinematography that gave life to the dino and made us believe in what we were looking at! 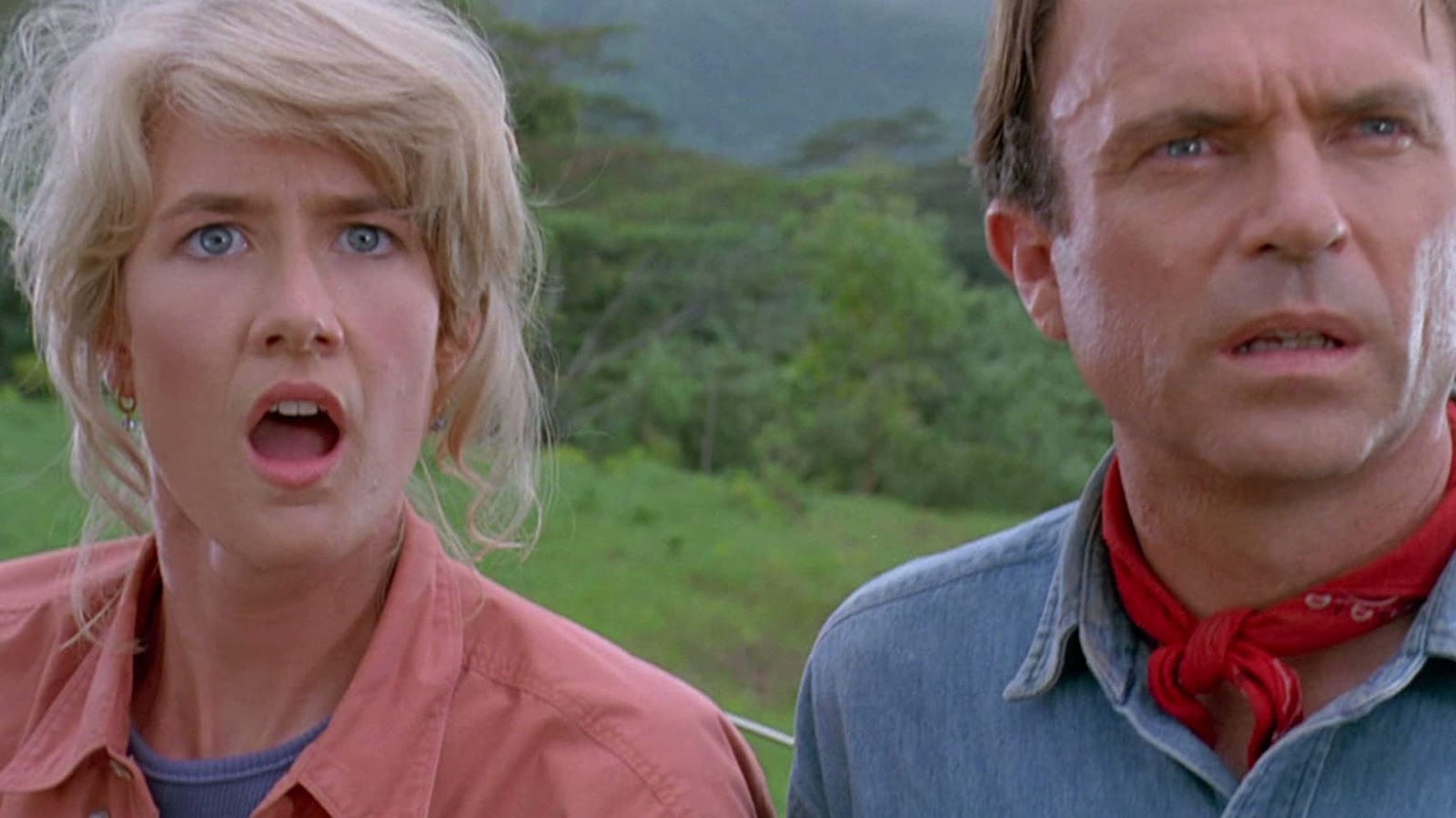 As you watch this sequence, ask yourself: what is the camera doing? It isn’t only the dinosaur that ‘moves’, the camera moves too. What kinds of camera movement do you notice? What are the attributes of the mobile frame?

What do you notice about the camera’s movement here?

The camera ‘pans’ right, and ‘tilts’ up in order to capture the full size of the moving dinosaur. The camera has to move because the dinosaur is so huge! 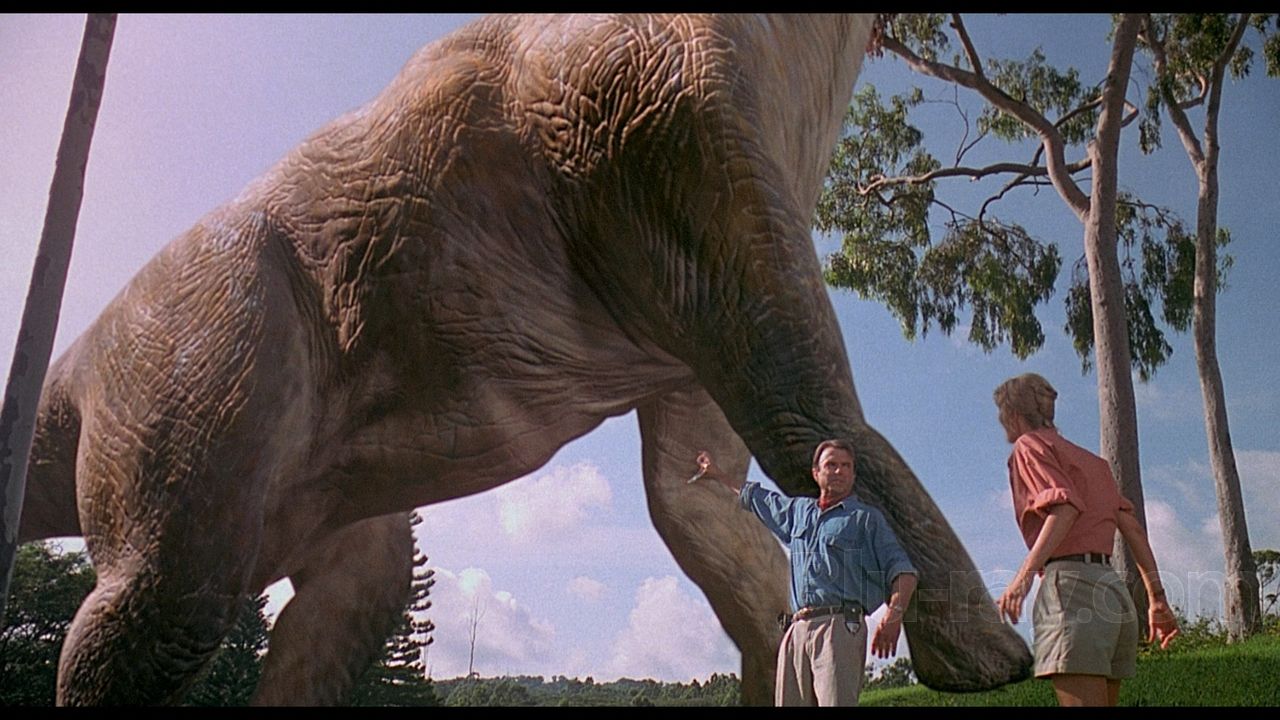 The camera frames the action through a wide, long shot in which one can see the full bodies of the actors in the foreground and yet only some part of the body of the dinosaur in the background. This places the ‘virtual’ dinosaur in the real space of the actors as one of them says “It’s a dinosaur!”

Finally, the camera shakes when it hits the ground. Why?

Rise of the Planet of the Apes (Rupert Wyatt, 2011) is about a chimpanzee who is chemically transformed into a new breed of super intelligent monkey. In this sequence, we witness the first time Caesar speaks. How does the camera change our relationship to Caesar from seeing him as a monkey to a majestic creature? Is it similar to the strategies used in Jurassic Park?

Certain analog-specific features of the lens are used in digitally constructed sequences. In this sequence from from Life of Pi (Ang Lee, 2012), flying fish jump out of the ocean and into the air, and the camera lens seems to pick up both tiny drops of water and lens flares from where the sunlight hits the lens.

A clever strategy filmmakers use to convince audiences about the real existence of digital animals is to include actual cameras and recording devices as props in the story. For example, the first time we see dinosaurs in King Kong (Peter Jackson, 2005), a character who is a cinematographer-director-producer actually films the dinosaurs.